you have shown me ‘your’ literary-ness

since forever
in the Norton Anthology of Poetry
from the feet of *kai valagi teachers
swaying on the unconventional relationship
of Lear’s ‘Owl and the Pussycat’, pg. 750, 2nd Edition.
i have swallowed your personifications and metaphorical loads,
fastened your meter and rhyme behind my ears like a hearing aid,
lathered my pages with modernist playfulness and ambiguities.
this was how to ‘make it’ into your literary canon, you said.
be mysterious. show don’t tell. release the visceral goddess.

it is my hope

that sooner rather than later

you will learn to write ‘me’

as I have learnt to write ‘you’. 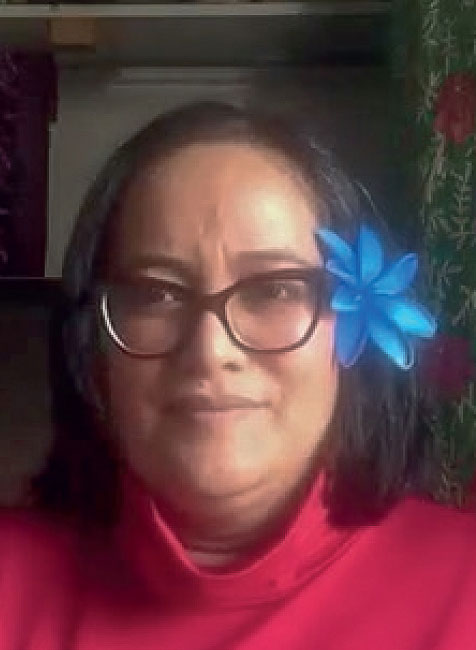 Mere Taito is originally from Rotuma, Fiji. She is based in Hamilton and works at the University of Waikato. She is the author of The Light and Dark in our Stuff, a chapbook of poetry. Her work has also appeared in various anthologies and creative journals such as Wild Honey, Landfall, Manifesto Aotearoa, Ngā Kupu Waikato, Phantom Billstickers Café Reader, Poetical Bridges (a translated English-Romanian collection of work), Flash Frontier, So Many Islands (work from writers in the Caribbean, Oceania, and Mediterranean), and Bonsai (an anthology of flash fiction). Her poem ‘The quickest way to trap a folktale’ was selected as a Best New Zealand Poem (BNZP) for 2017.