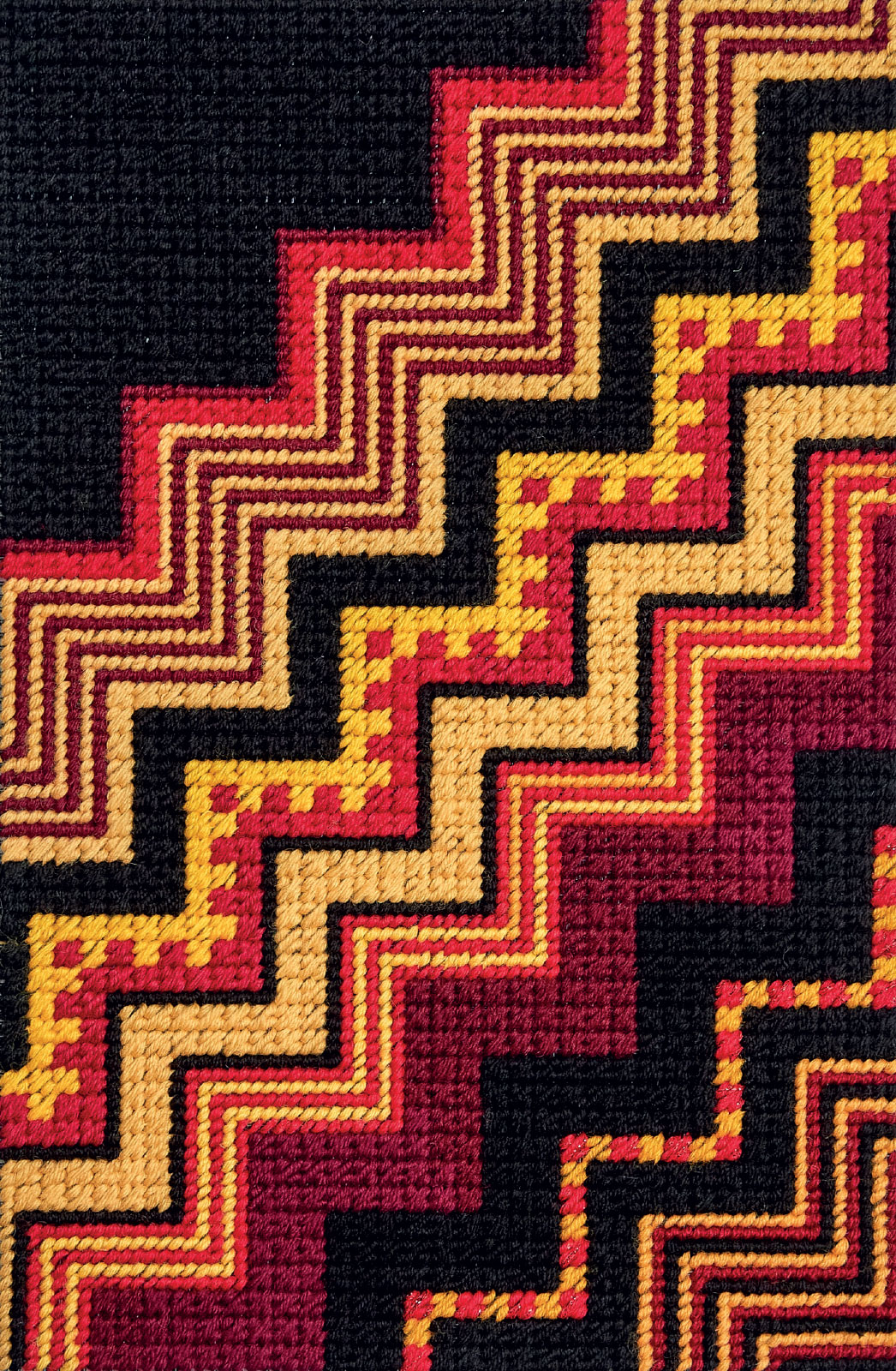 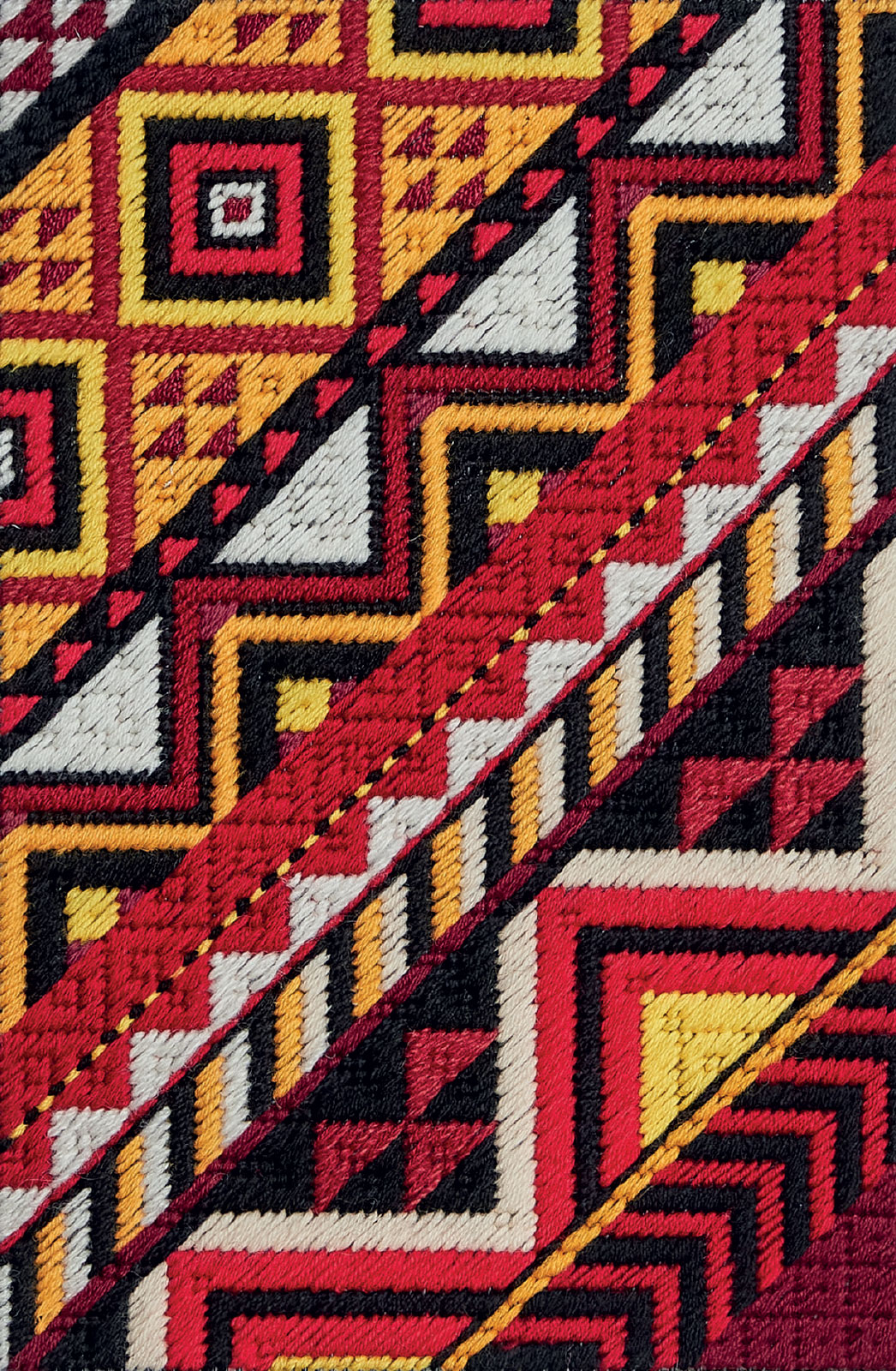 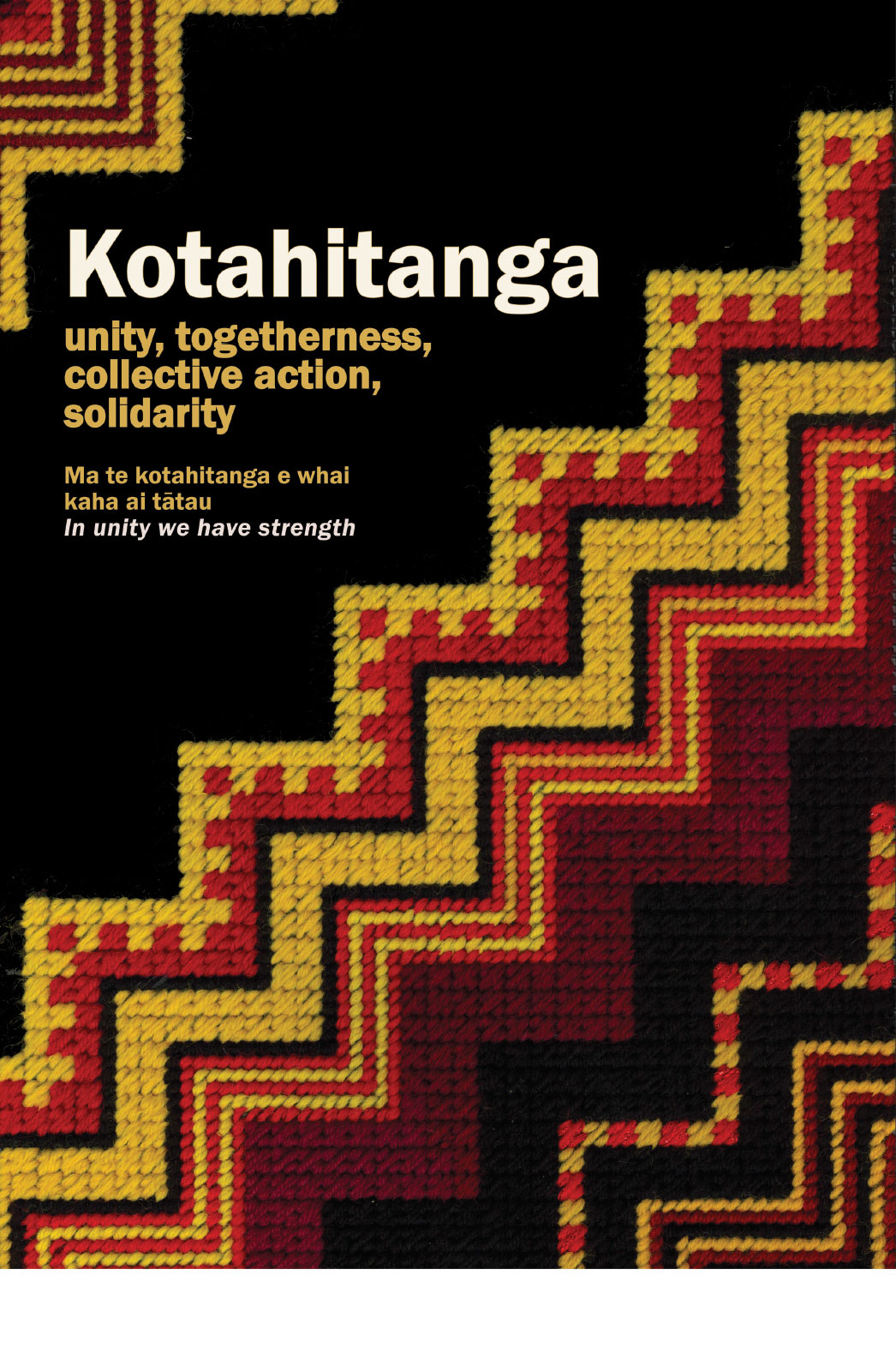 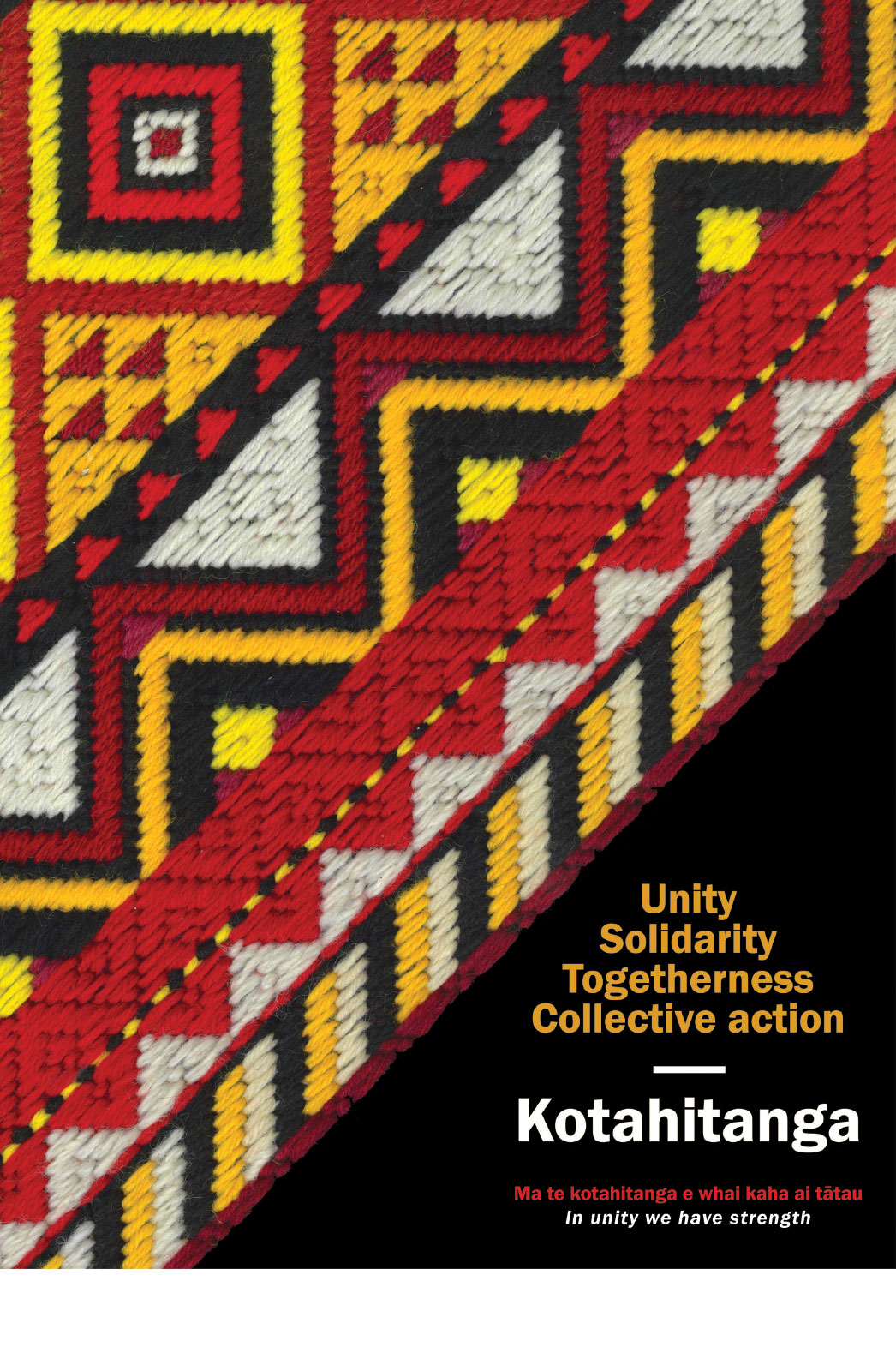 Inspired by the colours of the ubiquitous Waikato rugby jersey, Alice has created two needlework pieces that have been used in posters based on raranga and taniko patterns.

“When I think of kotahitanga, I think of parts of a whole coming together. To me, raranga is the ulitmate metaphor for unity, the meeting of the horizontal and vertical strips of harakeke is an act of unity. The warp and weft are completely reliant on one another in order to stay connected. By staying connected, we remain complete.”

Weaving is a recognised craft-form used across the globe and therefore speaks its own universal language. Although materials and dyes may vary many patterns used in raranga are similar to those found in other parts of the world.

Alice also uses the poutama pattern to comment on the need to end bullying and discrimination through education and kindness. Each step of pautama represents an intellectual achievement towards learning the true meaning of unity. Each poster includes the whakataukii ma te kotahitanga e whai kaha ai taatau [in unity we have strength].

Alice’s work is informed by an interest in patterns, ornamentation, architecture, flora and fauna, humour and pop culture.